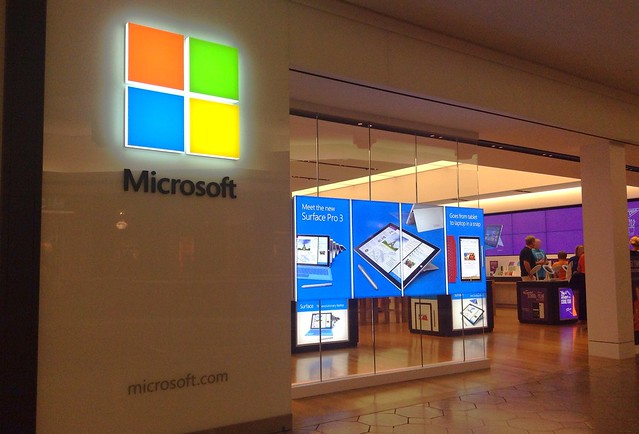 Weekly news in technology sector, security threats, law and legal related to IT, big tech companies, tech stocks, programming languages and more.This week Microsoft clears up who gets free Windows 10, A first look at the Samsung Galaxy S6 and S6 Edge, Apple acquires NoSQL database maker FoundationDB, RadioShack is selling tens of millions of email and home addresses, How to setup your own private, secure, free VPN on the Amazon AWS Cloud in 10 minutes, Former Tesla Intern Releases $60 Full Open Source Car Hacking Kit For The Masses and more. Plus few events, conferences to note in your calendar for next 30 days.

1. Microsoft Clears Up Just Who Gets Free Windows 10

Microsoft really wants people to upgrade to Windows 10 when it comes out this summer. So much that Microsoft announced at an event in January that upgrading to Windows 10 would be free for a year

Microsoft will provide an upgrade from Windows 7 or Windows 8 to Windows 10 for free, for a period of one year from the release of Windows 10. There are some important details to this deal that were revealed, and a few that weren't. In my talk with Woodman, I got what I think is the definitive take on who will have to pay for Windows 10 and when, and who will not.

2. A First Look at the Samsung Galaxy S6 and S6 Edge 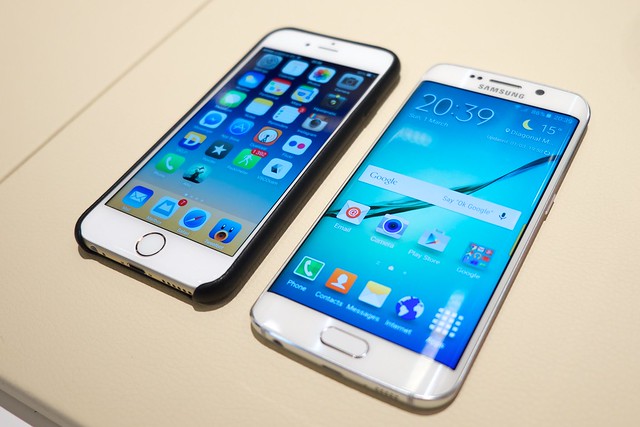 As Samsung begins taking orders on Thursday for its new high-end phones, it's only a slight exaggeration to say that this could be the South Korean electronics giant's last best shot in the smartphone business.

The phones, the Samsung Galaxy S6 and the S6 Edge, will start shipping in the United States on April 10 and represent Samsung's latest effort to claw back lost ground in the industry in which it was once a highflying leader.

Samsung also faced stiffer competition from Apple, which released a set of popular large-screen phones last fall, and a slew of new Chinese phone makers, including the fast-growing Xiaomi.

Apple has acquired NoSQL database startup FoundationDB in what's thought to be a move to bolster the company's own cloud-based services.

Given Apple's recent push to boost adoption of iCloud services via iPhones, iPads, and Macs, Apple could put the database technology to use supporting iTunes, the App Store, or perhaps even the rumored Apple TV online streaming service.

4. RadioShack is selling tens of millions of email and home addresses

Among the locations, trademarks, overpriced cables, and other assets that RadioShack is selling off as part of its bankruptcy filing are tens of millions of email addresses, home addresses, and customer names, all of which could end up in the hands of another company.

The attorneys general for both Texas and Tennessee are reported to be challenging the purchase.

As Bloomberg points out, RadioShack's sale includes over 13 million email addresses and over 65 million customer names and physical addresses. That's a lot of personal data!

The Federal Trade Commission is also interested in preventing personal data from being sold in violation of a privacy statement. Its guidelines, as Bloomberg points out, are a bit different than normal in the case of a bankruptcy because data like this can be a valuable asset.

5. How to setup your own private, secure, free* VPN on the Amazon AWS Cloud in 10 minutes

So, we all know the benefits of using a VPN like privacy, anonymity, unblocking websites, security, overcoming geographical restrictions and so on. However, it has always been hard to trust a VPN provider who could potentially log and intercept your internet traffic!

Launching a private VPN server will give us the best of what a VPN truly offers. This guide will walk you through all the steps to running your own VPN server in about 10 minutes.

Relativistic spacecraft must interact with the cosmic microwave background in a way that produces a unique light signature. And that means we should be able to spot any nearby, according to a new analysis.

Interstellar travel may be the stuff of science fiction, but it's straightforward to calculate that it should be possible given the ability to travel at a significant fraction of the speed of light. These kinds of speeds may even be achievable with near future technologies and the tax dollars to make them work.

There are significant challenges, of course. And today, Ulvi Yurtsever and Steven Wilkinson at the defense contractor Raytheon in El Segundo, California, outline another that seems to have been overlooked until now.

A hacking kit for your car. This is certainly interesting, usually this level of car hacking requires far more pricey tools and software to break through the CAN that cars make use of but this solution exists for those who are more interested in seeing what their cars are up to.

Eric Evenchick knows what it's like to be at the mercy of modes of transport. That might be why the former Tesla intern is so keen to hack his way to gaining greater control over the vehicles he travels in.

His code will make it cheaper and easier than ever before for tinkerers to get to the innards of their connected cars to determine if there are any useful tweaks they can make, or any worrisome security vulnerabilities that more malicious hackers could exploit. Evenchick is hopeful CANard, based on the widely-used and much-loved Python language, will have a greater impact on the car industry in general. It should allow security researchers of all ilks to easily probe cars for weaknesses, which, Evenchick hopes, will get them to take vehicle hacking more seriously.

Google announced today that its gigabit Internet and TV service is coming to Salt Lake City. Google Fiber is now confirmed for eight metro areas, including the three where it already offers service.

"Salt Lake City will join the Atlanta, Charlotte, Nashville, and Raleigh-Durham metro areas in the design phase of building our fiber network. Over the coming months, we'll work closely with these cities to map out just where to lay our fiber-optic cables," Google Fiber executive Devin Baer wrote.

The new set of laws will let officials and authorities to spy on the mobile and online communications of the alleged terrorist organizations and anyone who shares connection with them.

The law will eliminate the need to obtain authorization from a judge and the Internet Service Providers/ISPs will be forced to provide require cellular and digital data whenever requested.

Capacity has always been an issue for solid state drives: Each chip is expensive, and there's limited space on a drive to contain them. Recently, Samsung has tackled the problem with V-NAND, or vertical NAND, which stacks memory for greater storage capacities. Intel and Micron are getting into that game as well, and the solution they've come up with, called 3D NAND, is even denser.

Traditional memory chips are built on a single plane; in a 3D NAND architecture, memory cells are stacked vertically. Doing so greatly increases the potential data capacity of a single chip. Intel and Micron cite a maximum capacity of 48GB per memory die.

That, of course, is an incredible boost in capacity over today's largest SSDs, which can be found no larger than four terabytes in a 2.5-inch drive. Intel's 3D NAND process makes it possible to pack at least twice the storage in the same space, and it'll probably do so while reducing the overall cost-per-gigabyte of the drive.

ESOP is an annual conference devoted to fundamental issues in the specification, design, analysis, and implementation of programming languages and systems. It is one of the 10 top conferences in Programming Languages.